Posted at 09:07h in Giveaway by Toby Amidor 44 Comments 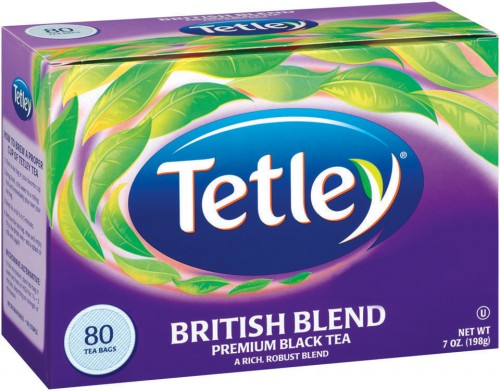 Tea is a common beverage consumed in my house (and the second most consumed beverage around the world, after water). I especially love a hot cup of tea on a cool crisp morning or over ice on a hot summer afternoon. Black tea is my favorite type and I’m excited to give away a box to one lucky commenter!

Tea Around the World
Tea is enjoyed in countries all over the world, especially in the top winning countries in this summer’s Olympic games. Tetley took a look at the important role tea plays in the cultures of these countries including The United States, China and Russia to see if tea could be their secret weapon for success. Tetley Tea shares their findings below:

While we can’t know for sure whether or not tea played a role in acquiring gold medals, it does give us amateur athletes another reason to sip on our favorite variety of tea.

About Tetley British Blend Tea
The British blend is a black tea made from premium Kenyan and Assam teas, which delivers a rich tea flavor. You’ll get 2.5 grams of tea in each bag, which translates into 200 milligrams of flavonoids per cup.

Tell me in the comments area “How do you like your tea?”

For additional entries do any or all of the below and come back and create a new comment to tell me. Use a separate new comment for each or it will only count as one entry.

When entering, be sure to include your email address in the “Email” field when posting your comment so I can let you know if you won.  You do not need to purchase anything to win. Only open to legal residents of the 50 U.S. states, D.C. or Puerto Rico, and you must be at least 18 years of age to win. Tetley Tea provided me with product for this review and has sponsored the prize offered.