Cheers To More Beers…Pumpkin Ones! 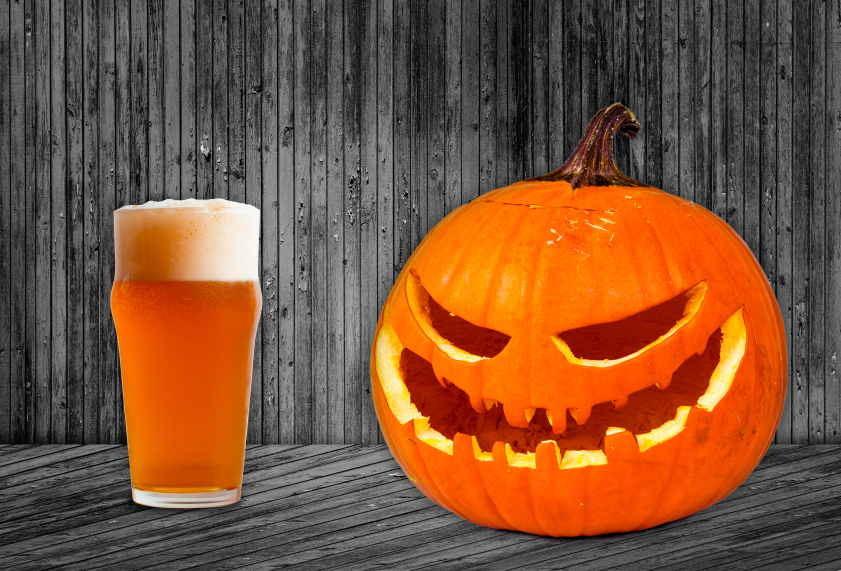 29 Oct Cheers To More Beers…Pumpkin Ones! 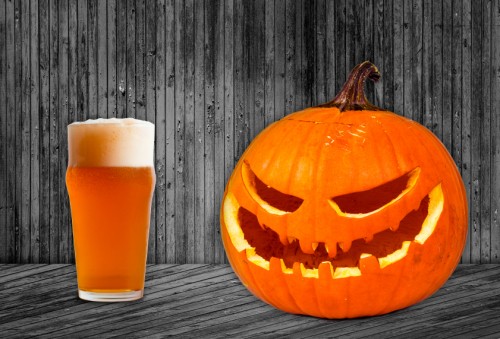 If you’re not so familiar with the new craft beer sensation, take a trip to your local liquor store and stroll down the beer aisle. We are now blessed with all types of craft beers from hoppy IPA’s to dark, coffee porters; these beers make ol’ Bud a thing of the past. As the leaves begin to change and the air gets a little crisper, giddiness starts to ensue as I know pumpkin beers are back on the shelves ready for my frosted mug. With so many to choose from, I thought I would give my fellow pumpkin lovers a user-friendly guide to picking your new favorite festive ale (and, the nutritionist in me can’t resist throwing in some of this brew’s health benefits while I’m at it!).

Lookin’ for Spice and Everything Nice?
If you’re looking for pumpkin pie in a glass, I was blown away by the flavor and aroma of Big Muddy Brewing’s Pumpkin Smasher. These guys did something right when adding traditional fall spices like nutmeg and cinnamon because this brewski brought me straight to Thanksgiving dessert.

A Deep, Dark Special Brew
For those who enjoy a heavier beer with robust flavor, try getting your hands on Sam Adams’ Fat Jack Double Pumpkin. This small batch creation is a limited edition brew that boasts mild pumpkin flavor with a nice molasses kick. This bomber packs a high AVB punch at 8.5%, so remember to watch your portions!

Put a Hop in Your Step
In the mood for something hoppy? Grab a six of Brooklyn Brewery’s Post Road Pumpkin Ale which has a mild pumpkin flavor with a slightly hoppy presence. If you’re looking to combine your love of IPA’s and pumpkin, this may be the brew for you.

Even Keeled
If you are just dabbling into the beer scene and want to get your toes wet, reach for a glass of Lakefront Brewery’s Pumpkin Ale. This beer has a clean, crisp taste but definitely provides the spiciness we are all looking for in these seasonal ales.

Why These Brews Aren’t as Bad as You Think
Wine usually gets all the press when it comes to drinking and health, but many studies also show a beer a day may keep the doctor away. Moderate consumption of beer (One 12-ounce bottle a day for women, and 2 for men) has been shown to reduce the risk of heart disease. The alcohol in beer can increase the body’s good cholesterol, HDL, which works hard to rid cholesterol from the bloodstream. A frothy pint also boasts tons of B-vitamins, amino acids and peptides from the hops and malts used in the brewing process. These hoppy libations can also preserve bone mineral density in both men and women (who knew beer was actually good for your bones?!). Before you go order a keg of this stuff, keep in mind reaping these benefits requires limited intake, and heavy alcohol consumption can cause liver disease, heart problems, and even cancer.

So, the next time you’re ordering an adult beverage, rethink your drink and get your hands on a pumpkin ale before the season runs out!

31 Days of Healthy Eating: Tip 23 from Maggie Moon
Get Your Daily Dose of Omega-3s- Without a Pill