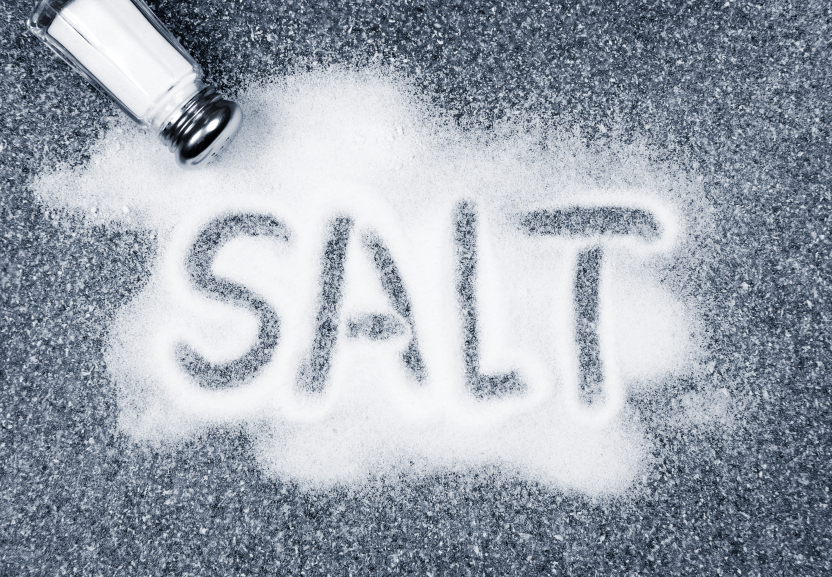 Posted at 07:00h in Healthy Eating, In the News, Nutrition & Health by Toby Amidor 0 Comments 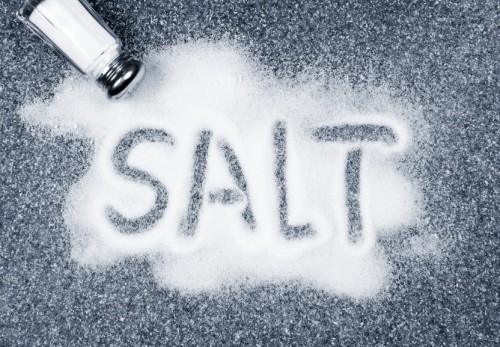 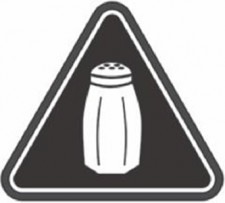 If you have eaten in a chain restaurant in New York City recently, you may have noticed this icon on the menu (on the right). Maybe you were perplexed when you saw it or maybe you didn’t even give it much thought.This icon is part of NYC’s new law to label high sodium foods in chain restaurants.

What is the NYC sodium labeling law?

New York is the first city in the nation to require chain restaurants to post warning labels next to menu items that contain high levels of sodium. Starting December 1, 2015, NYC restaurants with 15 or more locations nationwide were required to post this sodium warning label.

The recommended intake of sodium is 2,300 milligrams per day or about 1 teaspoon of salt.Any food item that contains more than 2,300 milligrams of sodium in one serving must display the warning icon next to that menu item.The restaurant should also provide an explanation that items with the icon contain more than the recommended limit of sodium per day and that consuming too much sodium is a health risk. If a restaurant doesn’t comply with the sodium labeling law by March 1, 2016, they may get a violation that could lead to a $200 fine.

What about calorie labeling in restaurants?

In 2007, New York City Health Code 81.50 required food service establishments to make calorie information for standardized menu items publicly available on menus (they need to be placed next to each menu item). At the time, more than half of NYC adults were overweight, one in six was obese, and 21% of New York City kindergarten children were obese. NYC argued that because Americans eat and drink about one-third of their calories away from home, making calorie information available on chain restaurant menus would help consumers make more informed, and ultimately, healthier food choices.

Since then, as part of the Affordable Care Act of 2010, the Food and Drug Administration (FDA) requires disclosure of calorie information for standard menu items in certain food establishments nationwide. To be required to display calorie information, a restaurant must be part of a chain of 20 or more locations, all locations must be doing business under the same name and all locations should be offering mostly the same menu items.

Some examples of food service establishments that require calorie labeling include:

While this law was passed in 2010, the enactment of it has been delayed because of pushback from food service establishments. However, the FDA recently published a final rule to extend the compliance date to December 1, 2016.

Is all this labeling necessary?

It is important for food service establishments to be transparent about their food and consumers are requesting it. If packaged foods at the supermarket display calorie and sodium information, than restaurant meals should display the same information. In order to make intelligent food choices, you need to have all the information available, including the sodium and calories.

Natalie is a NYC based Registered Dietitian, working in the food service and corporate wellness industry. Natalie believes that healthy food should be tasty food, and her blog, Nutrition à la Natalie, showcases this with many easy, healthy recipes. To stay up to date with Natalie’s recipes or nutrition tips, follow her on Twitter or like her page on Facebook.