A Taste of Salt 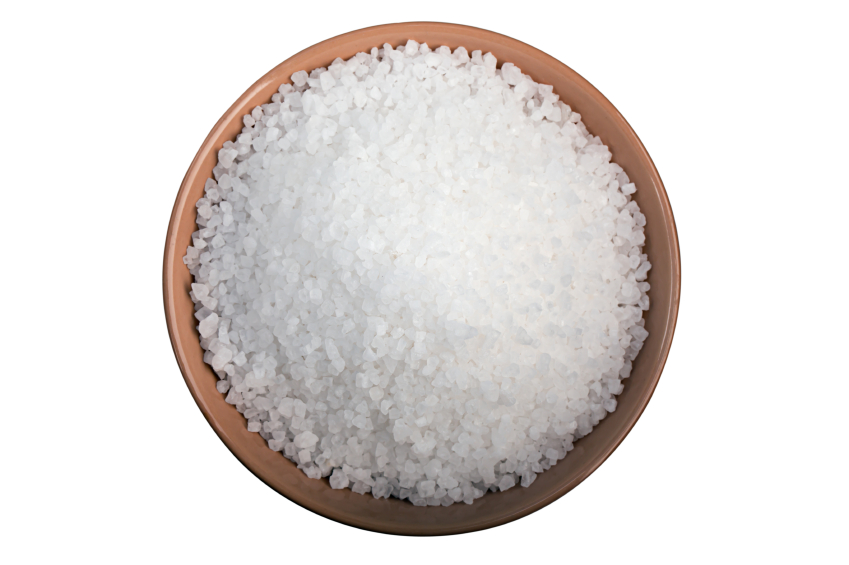 Posted at 07:00h in Healthy Eating by Toby Amidor 0 Comments 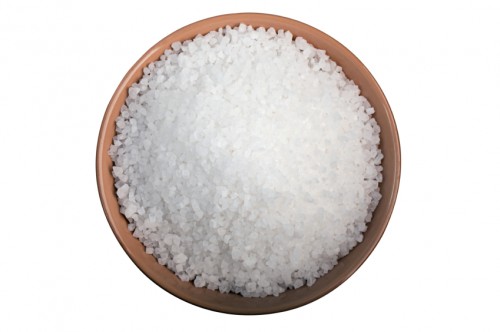 Have you ever been described as “the salt of the earth”? This is quite the compliment, as it refers to the great value salt has had among many civilizations and cultures throughout history. In fact, the word “salary” is derived from “salt” because it was historically used for trade and currency. To this day, this revered mineral continues to play a major role in food preparation, food preservation, cleansing and healing.

When it comes to culinary usage, choosing a salt at the grocery store is no longer a simple choice. There are now a plethora of choices including different colors, textures, flavors and places of origin. Here are a few basics about the various salts you may see on the shelves.

Many people use the words “salt” and “sodium” interchangeably. Not all salts include sodium, such as magnesium sulfate, or Epsom salt, which are often used when soaking in a tub. However, all of the food-grade salts do contain sodium in the form of sodium chloride. The sodium in salt plays a role in increasing blood pressure. That’s why sodium reduction inevitably comes up in the conversation of healthy eating – there can be too much of a good thing. Therefore, The 2015-2020 Dietary Guidelines for Americans, recommends adults and children 14 years and older limit their sodium intake to less than 2,300 milligrams a day. This is about 1 teaspoon of table salt – that seems easy to go through in one meal, let alone a day, right?

Rock Salt is mined from underground deposits in the earth and consists of large crystals in non-uniform shapes. It has many impurities so it’s typically not sold for use on food. Some ways we use rock salt include making ice cream or melting ice on sidewalks and driveways.

Table Salt: This is the most common type of salt – usually found in the saltshaker that’s passed around the table. It is refined rock salt that has undergone processing to strip away trace minerals. Most table salts contain an anti-caking agent to prevent clumping, and they can be purchased with or without iodine (iodine was added to table salt in the 1920s to maintain thyroid health and combat an epidemic of iodine deficiency). Table salt has very fine, uniformly shaped crystals, making it especially useful in baking recipes that need precise measurements of salt. It can often have a bitter taste, which is why sea salts are becoming the preferred salt for home cooks and chefs.

Kosher Salt: The name “Kosher” was derived from its use in removing the surface blood of meat, which is part of the koshering process. “Kosher-certified” salt meets the Jewish guidelines for Kosher foods and will have the Kosher symbol on the packaging. Many people prefer kosher salt for everyday use because it has coarse flake-like crystals that are easy to pinch, quickly dissolve and have a more subtler flavor than table salt. Kosher salt is derived from either the sea or the earth. Similar to table salt, it is made of sodium chloride but usually without any additives. It’s great for cooking, brining, topping popcorn and rimming margarita glasses.

Sea Salt: Sea salt includes any salt that’s been harvested from the sea, as opposed to the earth. Various regions have different harvesting methods, but making sea salt generally entails the evaporation of seawater. The different methods result in variations in mineral content, color, flavor and texture. Most sea salts have large irregular shaped crystals, tend to be more expensive and are used as finishing salts. Sea salt is cited as a healthier alternative to common table salt; however, the sodium content is comparable. The advantage to sea salt is that you can use less because it takes up more volume (teaspoon for teaspoon).

Fleur de Sel is a hand-harvested sea salt from the Guérande region of France’s Atlantic coast. It is considered a finishing salt, perfect to sprinkle over food right before eating. It’s expensive, but chefs love its mild, pure ocean-flavor, delicate texture and slow-melting quality to finish dishes like cooked meat, salads, fresh fruit and sweet desserts, like chocolate.

Hawaiian Sea Salt comes in different colors and textures, including both fine and coarse crystals. Red Hawaiian, also known as alaea salt, is the most commonly used table salt in Hawaii. Alaea is a volcanic clay mixed with the salt, which provides the red color. The clay also gives this salt a more earthy flavor compared to other salts. Black Hawaiian sea salt gets its color for the addition of charcoal. This salt also has higher iron levels than other sea salts. Both the red and black Hawaiian sea salts are finishing salts that go particularly well with pork, chicken and seafood.

Himalayan Pink Salt is known as one of the purest salts available. It is a type of coarse sea salt mined in the foothills of the Himalayas. It is found in various shades of pink, which is due to its iron and other mineral content, including calcium, potassium and magnesium. This type of salt is often cut into slabs and used as a surface for serving food because of it’s ability to hold both cold and hot temperatures for an extended period of time. Like other sea salts, many stores are now selling it in a salt grinder to use as finer crystals.

There are many more varieties of salt from around the globe that are processed in different ways. The key to enjoying salt, without going overboard on sodium, is to eat less processed foods and more fresh fruits and vegetables!

Kimberly Visioni, MS, RD is a registered dietitian with a master’s degree in Nutrition and Education from Teachers College, Columbia University. She is now starting a private practice that will provide clients with the knowledge and skills necessary to navigate the multitude of food options and situations they are exposed to on a daily basis. Growing up as a competitive swimmer has been the catalyst to Kimberly’s athletic lifestyle. She enjoys taking fitness classes, training for triathlons, distance running and of course cooking up healthy recipes for friends and family.  You can find her via LinkedIn.