Why Have We Become So Afraid Of Food? 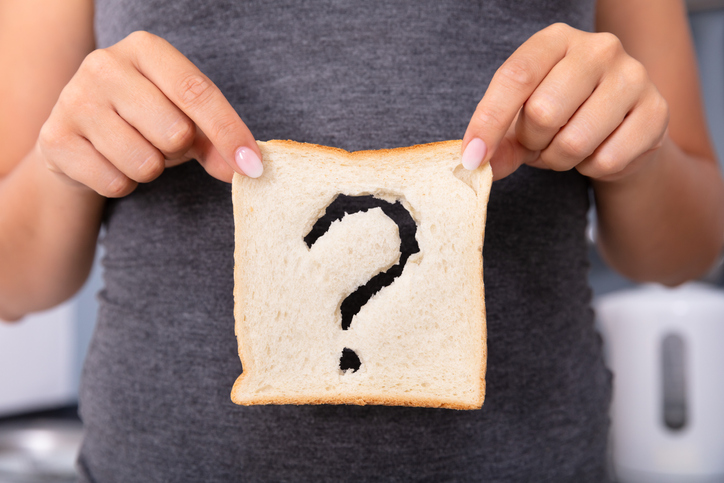 11 Dec Why Have We Become So Afraid Of Food?

Posted at 07:00h in Healthy Eating, Hot Topics, In the News by Toby Amidor 1 Comment 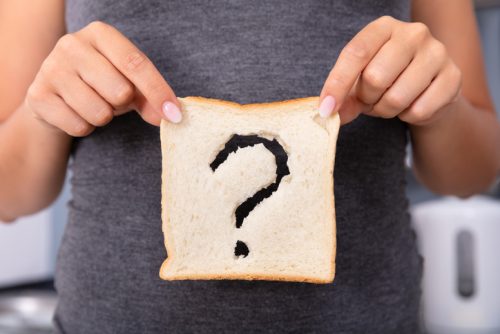 This post is a collaboration with Beef. It’s What’s for Dinner., on behalf of the Beef Checkoff, as part of my role as a member of the Beef Expert Bureau. I have been compensated for my time commitment. However, my opinions are entirely my own and I have not been paid to publish positive comments.

I have family and friends asking me if foods like meat, bread, enriched flour, and milk are healthy to eat or if they are “bad” for you. Unfortunately, this is not surprising as there are so many headlines swirling about specific foods being “bad.” This can insert fear into consumers and makes them question every morsel they put in their mouths. Even a recent study demonized chicken as being “as bad as red meat.” These headlines are creating fear around food, which leads to consequences such as avoidance of healthy choices and puts a damper on the enjoyment of food.

Each of the snapshots below are examples of how headlines can create fear about food—and these are just the more recent headlines. Foods are bucketed as “bad” or “unhealthy,” and this makes consumers wary about eating them. It also can lead to avoidance of important foods and nutrients.

The example above shows fear of enriched all-purpose flour and bread. Many folks who are looking for “clean” foods with fewer ingredients listed on the label want to remove the added vitamins and minerals that food companies are listing. But many forget the nutritional reason for foods being enriched and fortified. Back in the early 1800’s, many Americans suffered from nutrient deficiencies. In the 1900’s, food manufacturers began fortifying foods in order to help prevent nutrient gaps in the American diet. For example, in the 1920s, salt was fortified with iodine to prevent goiter, a deficiency which results in swelling of the neck resulting from a thyroid gland enlargement. Vitamin D was subsequently fortified to milk to prevent rickets, softening of the bones in kids which results in bowed legs and knocked knees. Similarly, producing flour from wheat, natural nutrients are stripped during the processing phase.  Thus B-vitamins and iron are added back in, to prevent deficiencies of these nutrients in the early 1900s. Today, many Americans still have deficiencies in nutrients such as those added to all purpose flour and enriched flour (and breads) are a means to get them into your diet.

Animal-sourced foods especially get villainized in the media. Milk and dairy products, meat, eggs, and other animal-sourced foods have been sensationalized as raising blood cholesterol and being bad for your overall health. However, the totality of the research shows that eating a balanced diet, based on plants and inclusive of animal-sourced foods provides an array of nutrients your body needs.

A 2017 study published in the Journal of the Academy of Nutrition and Dietetics looked at the association between lignan and yogurt consumption in a Mediterranean Diet on cardiovascular risk parameters. The cross-sectional study examined food frequency questionnaires in 7,169 Spanish PREDIMED participants. Researchers found that individuals who ate the highest amount of yogurt or the highest amounts of lignans (found in plant foods like olive oil, wheat products, tomato products, etc.) had lower risk for heart disease and lower blood glucose levels. However, participants who consumed the highest amounts of yogurt and lignans showed greater improvements in some heart disease risk factors than either food alone. This study showcases how a diet inclusive of both plant and animal foods works synergistically.

A July 2019 study published in The American Journal of Clinical Nutrition made media headlines saying “chicken is as bad as red meat.” But is that what the study really concluded? Here’s a closer look at the study:

Researchers evaluated changes in heart disease risk factors in over 100 men and women who followed either a diet high in saturated fat (14% of total energy from saturated fat) or low in saturated fat (7% of total energy from saturated fat), with saturated fats derived primarily from high-fat dairy products and butter.  The study participants were randomly assigned to a treatment order and consumed a total of three diets for four weeks each. The three diets tested contained protein primarily from either lean red meat (beef, pork, or lamb), lean white meat (poultry), or plant sources (e.g. legumes, nuts, grains, soy), within the high or low saturated fat. All diets contained protein from eggs, dairy and vegetable sources.

So what does this mean? The study shows that both lean red and white meat can both fit into a healthy diet, supporting a healthy body weight and normal blood pressure and blood sugar. The nonmeat proteins in the context of a low saturated fat diet, did lead to more improved measures of total and LDL cholesterol compared to the diets containing red or white meat, but all saw improvements in the heart health measures.

How to Overcome Food Fear

Media headlines are created in order to create buzz among readers and have more people clicking on the headlines. Unfortunately, they also create unwarranted fear of food leading to food avoidance and unhealthy eating. The next time you see a headline that sensationalizes food – think about the big picture. What does other research say? What do registered dietitian nutritionists (RDNs) say? Can one food really lead to what is written? Remember, all foods, including plant and animal foods, can fit into a healthful diet.